Inspiring conscious leaders to mindfully build successful companies that serve, synchronize, and integrate the best interests of all stakeholders to bring about positive local, national and global impact. 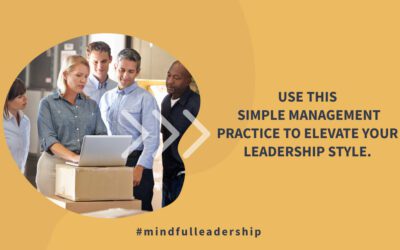 Studies show that positive feedback needs to be delivered at a ration of 6:1 in order to counterbalance constructive feedback.

While one does not equal one in the feedback stakes, you can’t stay on course without giving constructive feedback.

So how do you deliver all these positive pieces of encouragement when you’re deluged by emails and all the trappings of leadership that weigh you down on a daily basis?

END_OF_DOCUMENT_TOKEN_TO_BE_REPLACED 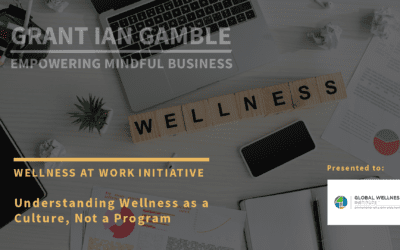 Wellness at Work Initiative: Wellness as a Culture, Not a Program

Recent world events, from the COVID-19 pandemic to environmental disasters, demonstrate the staggering cost of poor personal health. Today, more than ever, wellness leaders need to embrace strategies that build robust health and immunity–and workplaces are at the center of this urgent shift. In this session, we share perspectives and strategies to create workplaces that nurture long-term health through highly productive wellness cultures.

END_OF_DOCUMENT_TOKEN_TO_BE_REPLACED 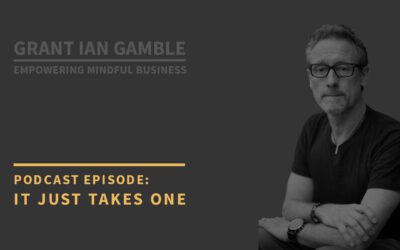 It Just Takes One Podcast Episode

I got to sit down with Kelli Watson for an episode of her podcast, “It Just Takes One,” to discuss my new book, “The Affinity Principle.” Our conversation takes us from growing up in Australia along my journey to becoming a mindful business coach in the United States. Along the way, I share my formula for helping businesses succeed.

END_OF_DOCUMENT_TOKEN_TO_BE_REPLACED 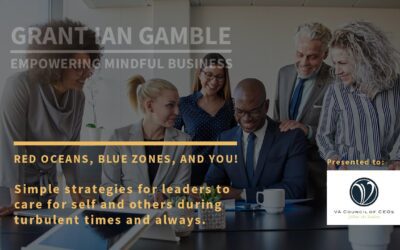 Red Oceans, Blue Zones and You!

The business environment is roiling; stress is at an all-time high; and yet some leaders seem to swim those troubled waters with equanimity and ease. After 35 plus years as a leader and senior executive in the healthcare, fitness, and wellness industries, I have learned one indisputable truth: one size does not fit all when it comes to a healthy lifestyle and self-care. What works for one person may not work for another. This is not another exercise more and eat less lecture. It is a simple set of lifestyle options for leaders that can enhance the quality of your life, your leadership, and positively impact those around you.

END_OF_DOCUMENT_TOKEN_TO_BE_REPLACED 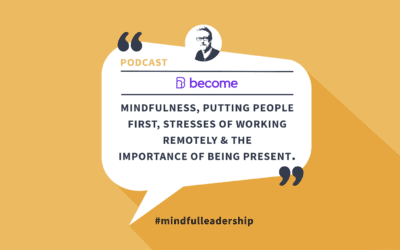 I had the pleasure of speaking with Become about mindfulness. We discuss a range of topics including putting people first, stresses of working remotely, the importance of being present in the moment, and more. We also delve into how mindfulness has become even more important during the COVID-19 crisis and how it can help business owners make it through successfully.

END_OF_DOCUMENT_TOKEN_TO_BE_REPLACED

The consummate leader needs to be both a diplomat and a truth-teller, and those things don’t always line up perfectly.

It is the role of the leader to guide their company and often, that involves smoothing the waters and sometimes delivering bad news.

The skills of the diplomat are those of sensitivity toward the stakeholders and finding a navigable path when things get bent out of shape. The diplomat needs to balance often disparate needs to find a resolution.

END_OF_DOCUMENT_TOKEN_TO_BE_REPLACED 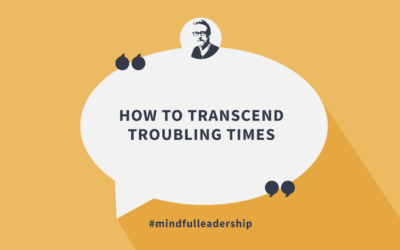 How to Transcend Troubling Times

According to Business Insider, unemployment filings hit 55 million over the past 20 weeks.

Layoffs, furloughs, freezes on hiring and downsizing are all reaching epidemic proportions. Usually, downsizing and consolidations are associated with declining financial performance for the companies going through these transitions, but not necessarily.

END_OF_DOCUMENT_TOKEN_TO_BE_REPLACED 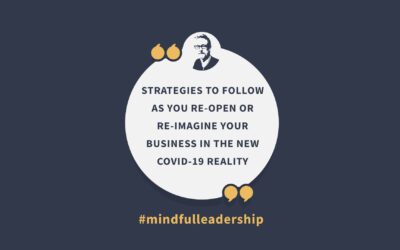 Here are some basic strategies and checklists to follow as you plan to re-open and/or re-imagine your business in the new COVID-19 reality. Download your list!

END_OF_DOCUMENT_TOKEN_TO_BE_REPLACED 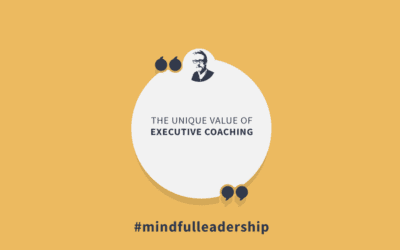 The Unique Value of Executive Coaching

In a recent study by Stanford’s Center for Leadership Development and Research, nearly 100% of CEO’s surveyed said they enjoy the process of receiving coaching and leadership advice. Yet only one-third of those same leaders receive any formal coaching.

Of those CEO’s receiving coaching, 78% said it was their own idea to embark on the coaching journey. 21% said the catalyst came from the Board.
When asked what the key areas they were most seeking improvement in were, the cohort suggested the following:

END_OF_DOCUMENT_TOKEN_TO_BE_REPLACED 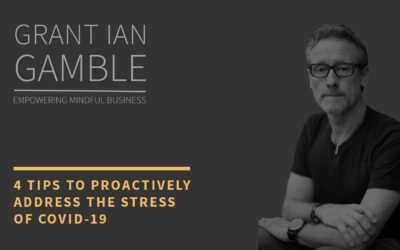 4 Tips to Proactively Address the Stress of COVID-19

A study by the National Center for Health Statistics found that having a positive belief in your ability to control your health outcomes and taking proactive steps to reduce the impact of stress, is far more likely to lead to better health outcomes.

END_OF_DOCUMENT_TOKEN_TO_BE_REPLACED 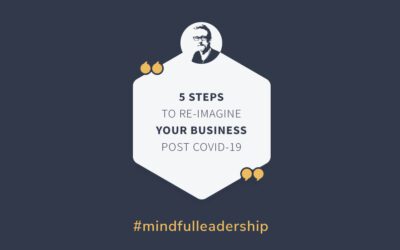 Every one of our clients has one thing in common: they’re all in un-chartered waters.

As we work through the many intricacies and conundrums created by the COVID-19 crisis, we are beginning to see a glimmer of light at the end of this very dark tunnel.

Our strategy sessions are shifting from crisis management to re-imagining what the future may look like for businesses as restrictions ease, but many unknowns remain.

END_OF_DOCUMENT_TOKEN_TO_BE_REPLACED 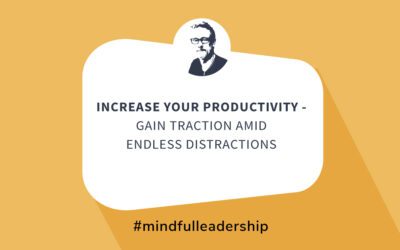 Many of us are working from home for the first time and it’s amazing the distractions that occur throughout the day. Everything from those chores that nag at us through to kids needing help with their online studies. It can often feel like you’re trying to get a lot of things done and none of them seem to get completed as efficiently as you’d like. As we’ve personally watched our kids tackle online school, it’s been fascinating to witness the same thing happening with them.

Send an email via the form below or call to set up a free consultation. LET US KNOW IF YOU'D like to collaborate with us. MINDFUL LEADERSHIP PODCAST COMING SOON, BE OUR GUEST! 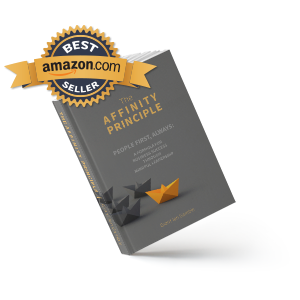 The Affinity Principle™ by Grant Gamble presents a formula for business success through a people-centric, mindful leadership approach.